Regarded as a gentleman’s game, golf is always known for its class and technique. Yet there are murmurs of cursing that can be overheard in a game. Most of it is due to the failure of completing a shot or rather executing it. Even a seasoned player gets frustrated after missing a hole or two or after having a bad swing. Mastering the golf swing is one of the important parts of becoming a professional golf player. Though it may seem very simple, a lot of practice and technique goes into a swing. After knowing the steps, it is all about practice until perfection is attained. Once the steps are learned one can evolve his or her own swinging style.

It all starts with the gripping of the golf club. Though it may sound funny but grip is as important as the movement in a swing. Just holding the club like a mace won’t help. The right way of gripping a golf club is by placing the left hand first and then the right hand just below it. The grip should be firm but not too tight. Next step of a golf swing is the stance. Without the correct stance, one may fall down due to the impact of the swing. Since a good amount of force goes into a swing, a stable and firm stance is always advised. Place the legs a bit apart and bend the knees a little bit just like an athlete. It should be taken care of that the weight is evenly balanced between the two legs and the shoulder is in line with the knee. The eyes, feet, hips and waist should be pointing in a parallel direction of the target. Having a good stance always enhances the chance of having a good golf swing.

The most important part is the backswing. Once this is perfected the rest of the steps should fall into place. Most of the time this is where everybody commits a mistake and the whole system is destroyed. Start with moving the club upwards by not hinging the wrist but taking the arm all along. When the club is parallel to the ground, bend the wrist so that the club points straight upwards..Move the upper part of the body a bit backward so that the chin and left shoulder is in line and the left arm is stretched straight. This is the first half of the golf swing. The next half includes the downswing and then the follow through.

While performing the downswing, do not bring the wrist slamming down but just rewind the steps of backswing. If the backswing is performed in the correct way, the downswing should come naturally. Bring the whole body down along with the hands. Just before the club strikes the ball its face should be parallel to the left forearm. Carry the body forward in the follow through. The face should following the direction of the target hence completing a golf swing. 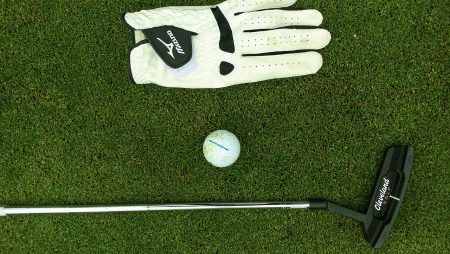 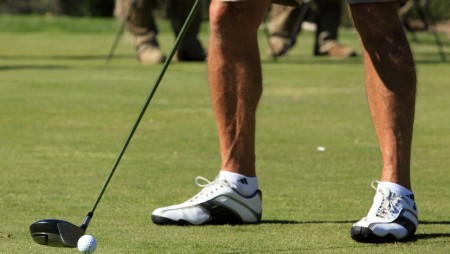 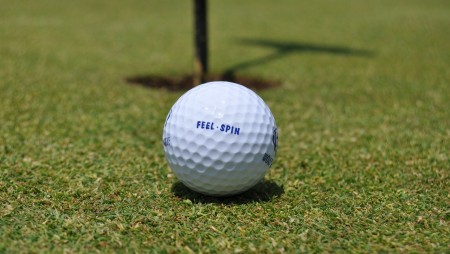